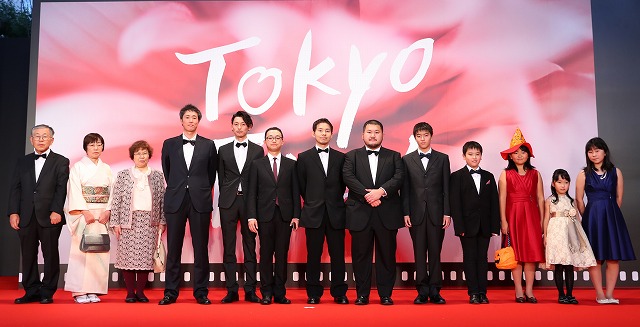 The festival’s first encounter with the Watanabe Brothers dates back to 2013, when their freshman feature And the Mud Ship Sails Away debuted in the Japanese Cinema Splash section and received fervent post-screening applause — as well as endless (pleasant) arguments about its ending. This success made it possible for the Watanabes to return to the 2015 TIFF with 7Days, a minimalist film that split audiences so much, it could have destroyed the piggies’ careers. In 2016, they managed to make a comeback with the political character study Poolsideman, a masterpiece that won the Japanese Cinema Splash Award for Best Film. The intimate relationship between TIFF and the Watanabe Brothers is almost like a Hollywood narrative with a three-act structure, with each film representing the three components: set up, conflict and resolution with a happy ending.

However, their TIFF journey still continues. The Foolish Piggies achieved another slot in this year’s Japanese Cinema Splash, making it three years in a row, with Party ‘Round the Globe. As with the two previous features by Watanabe, the latest effort also presents a minimalist character study of a reticent worker and his daily routines. However, what stands out from previous works is the cross-cutting with the character’s journey with a noisy coworker to Paul McCartney’s 2016 concert in Tokyo.

“My brother and I wanted to make a sort of road movie,” noted Hirobumi Watanabe during a Q&A session after the world premiere screening on October 31. “It began as a totally different story, but in the end we combined it with a Beatlemaniac comedy idea that we were developing.”

Yuji Watanabe said he hopes the film is “heartwarming,” and Party ‘Round the Globe comes across as the most charming work in the Watanabes’ filmography, which has been filled with morbid atmospheres; a dog, kids and even a birthday party play significant roles. According to the director, “The goal was actually not the Paul McCartney concert, but the birthday celebration of my grandmother. We knew in advance how the film was going to end.”

The birthday sequence is shot so much like a documentary that it feels as if it’s footage from the actual party. “We staged the party. It’s not real,” explained the filmmaker, who then surprised the audience by saying, “Some people complain that we just randomly edited footages from the party together, but we definitely directed the scene. The fact that we hear this kind of complaint means that the birthday scene feels completely real. I’m taking it as a compliment.” [The Watanabes’ ancient grandmother is a cult figure, after appearing in their first film, and audiences responded especially warmly to seeing her at the party, especially when she is forced to don traditional garb to preside over the photo session.]

In terms of their shift of overall tone, from dark to more delightful, Hirobumi Watanabe explained, “There were several projects we wanted to develop, including ones that are as heavy as Poolsideman. But my previous film made me tired of making such depressing films. I wanted to make something different.”

The filmmaker continued, “My brother is a piano teacher in our neighborhood. Students and parents told us that our films are not for children. It’s true that I would not recommend them to children, so I wanted to make films that appeal to broader audiences.”

As in Poolsideman, the protagonist is played by the director’s longtime friend Gaku Imamura, a musician. Playing a similar character to his previous role, Imamura noted, “I was just so happy to take part in another film project. This character felt closer to myself, so I could play it without difficulty.”

The director, who studied rakugo comedy to become a better actor, also reappears as an annoyingly talkative character, similar to his role in Poolsideman. However, the character is not necessarily related to the personality of the filmmaker himself: “I’m not like that. I don’t talk that much.”

In both Poolsideman and Party ‘Round the Globe, Watanabe’s character reveals how he loathes the popular comic One Piece. Unlike the role he played, “I like One Piece,” said the filmmaker, “But I like Dragon Ball better.”

Despite an idiosyncratic style that’s different from anyone else, the Watanabe Brothers are often compared with such filmmakers as Jim Jarmusch, Aki Kaurismaki and Kevin Smith. Through consecutive entries to TIFF, however, they have established their own pace and method. “TIFF is a special space for me,” said Hirobumi Watanabe, “I would like to become a more mature filmmaker and come back again, unless Yatabe-san (programming director) says, ‘We’ve had enough of them.’”