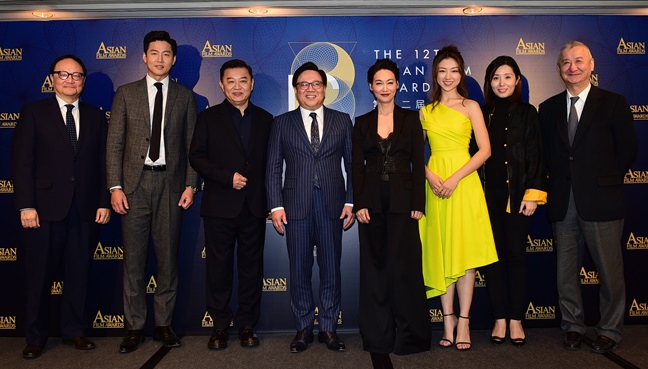 The 12th Asian Film Awards will take place at one of the world’s leading integrated resorts and must-see destinations, The Venetian Macao, on March 17, 2018 (Saturday).

Dr. Wilfred WONG Ying-wai, GBS, JP, Chairman of the AFA Academy and the Hong Kong International Film Festival Society said, “This year, we will celebrate the excellence of martial arts in Asian cinema, by recognizing many outstanding Asian filmmakers and providing a platform for new faces and up-and-coming artists. In addition to the annual AFA, the Academy has further developed various professional programs such as masterclasses, film festival visits for students, young film professionals overseas training programs and film roadshows around the globe. Through these efforts we hope to strengthen the ties between film talents, audiences and the region’s industries.” 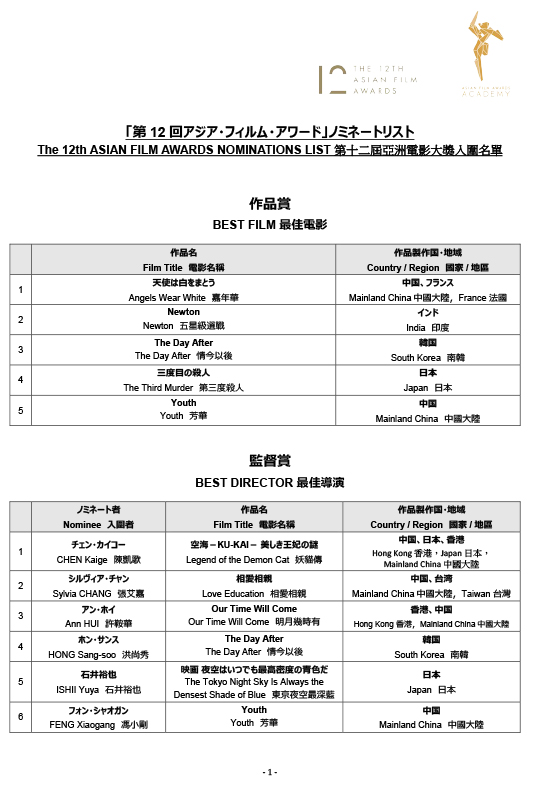 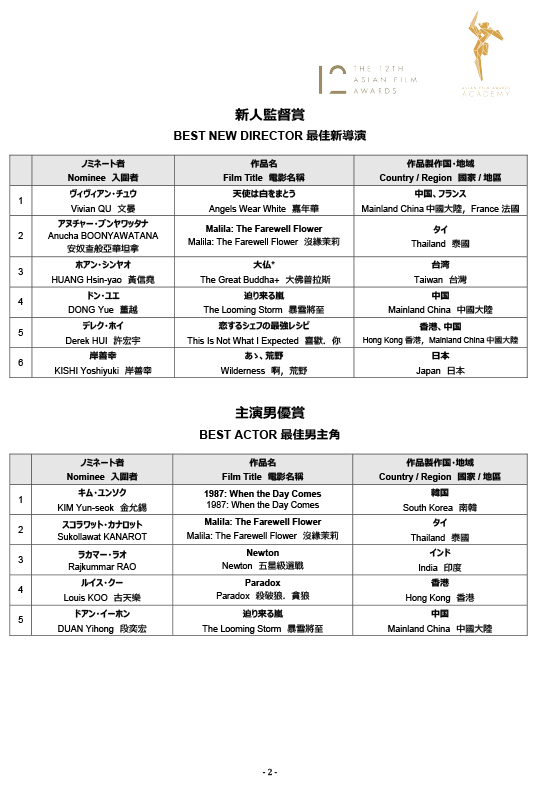 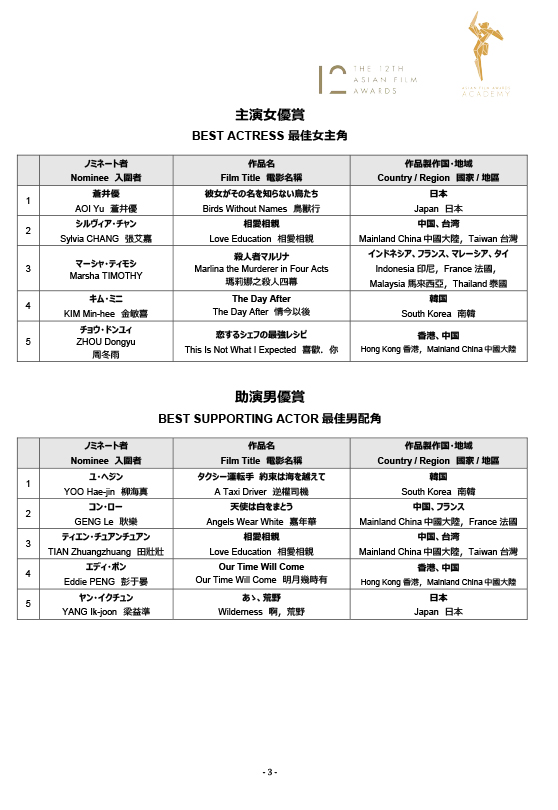 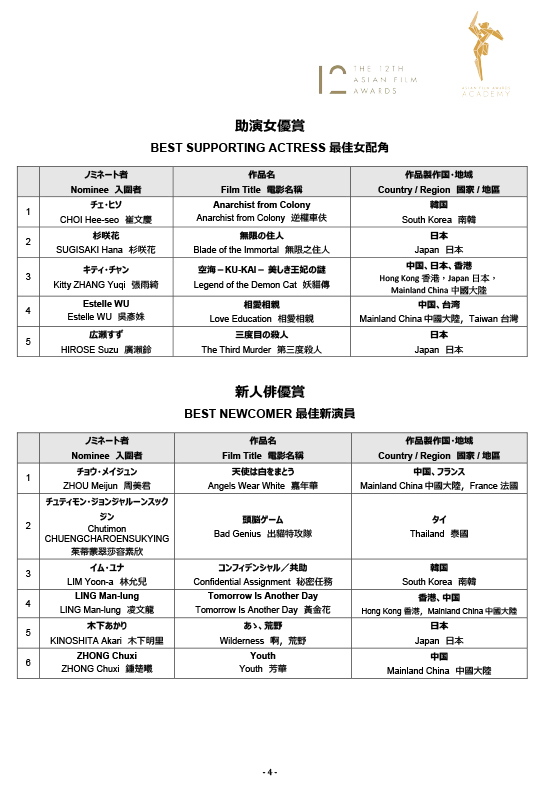 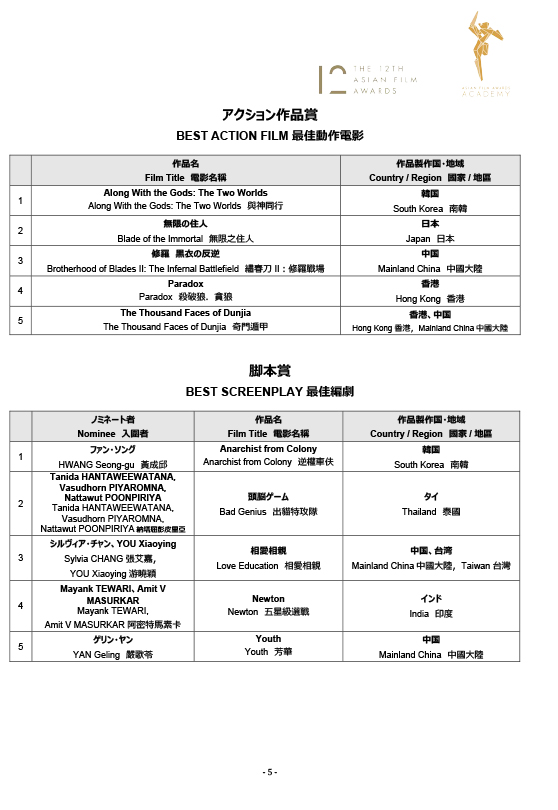 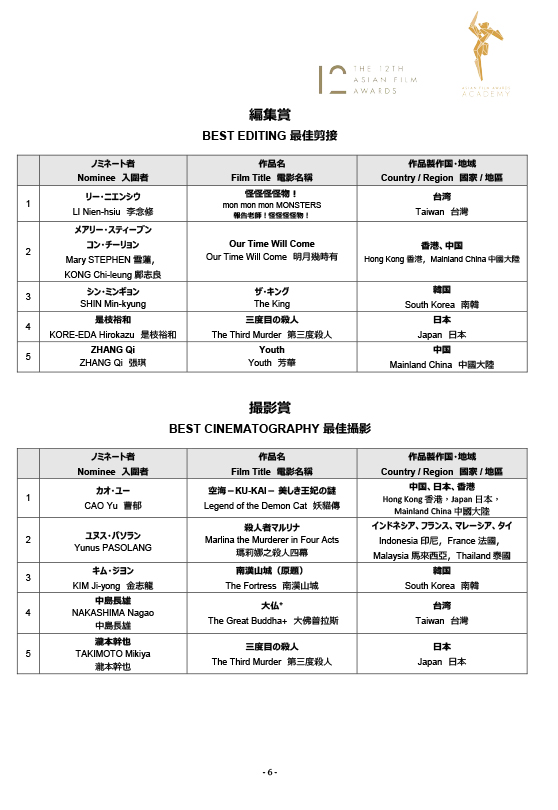 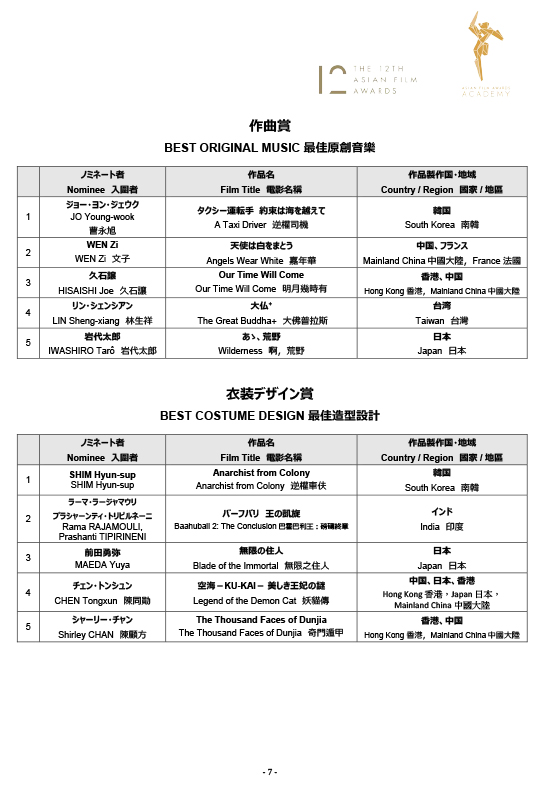 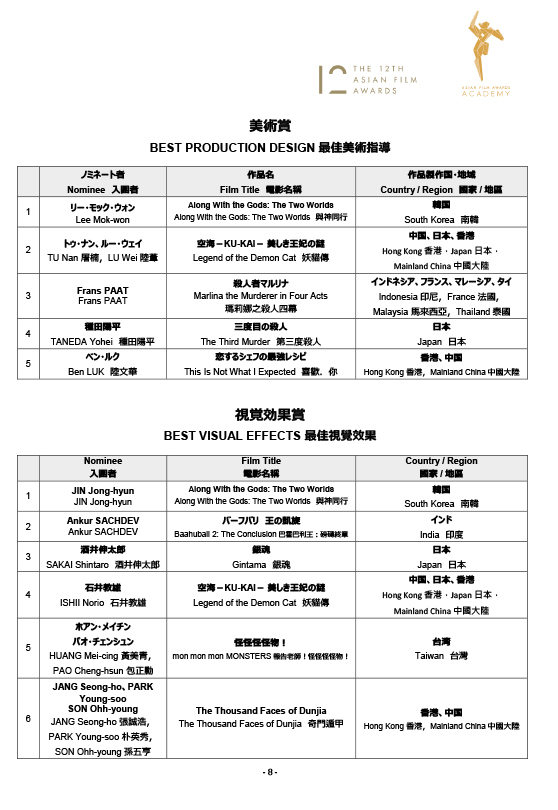 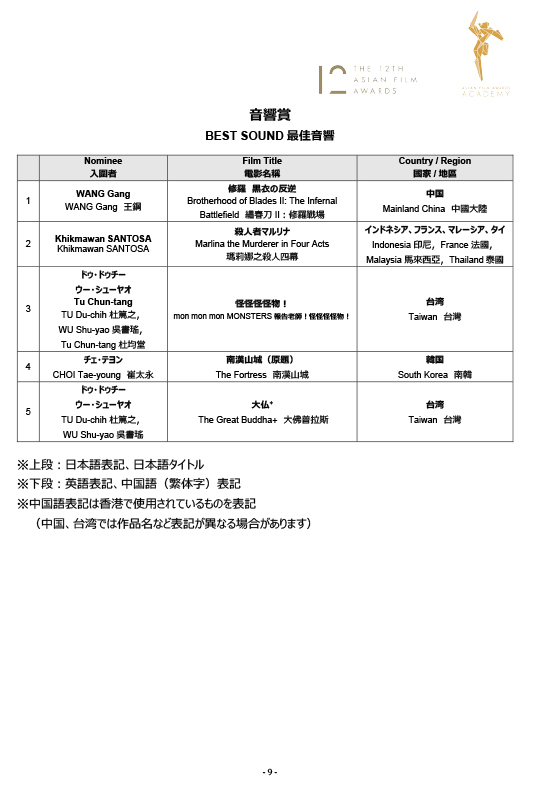