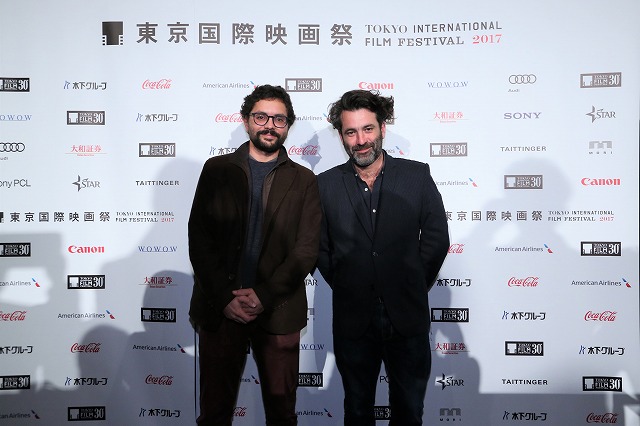 Gutland stars Frederick Lau as Jens Fauser, a German drifter who appears in a small Luxembourgian town looking for work. Rebuffed by a farmer who chides him for coming halfway through the harvest, Jens initially decides to make his way to the next town, but as night falls, finds himself at the local beer hall and, before too long, in the bed of a local woman.

The next day, he receives a much warmer welcome in town, and is taken on as a farmhand by one of the local families. The German finds himself slowly being accepted as a part of the community, taking up with a girlfriend, learning Luxembourgish and even joining the village’s brass band. But a series of mysterious events hints that not everything is as it seems in this idyllic town — and it soon becomes clear Jens, who has a few secrets of his own, will be assimilated whether he likes it or not.

With hints of the horror classic The Wicker Man, Gutland is a thriller about what happens when an outsider dares to enter a closed society with its own unique set of rules.

It is the debut feature from director Govinda Van Maele, who appeared at a press conference on October 31 following the film’s Asian premiere, with producer Gilles Chanial, who tied the main theme of the film into current events: “This film tries to push the question of how do we assimilate a stranger and force him to fit our rules? This is a question we’re faced with in Europe recently, with immigration.”

Van Maele expanded on the unique rules of the film’s village, the breaking of which results in a particularly brutal form of punishment. “I think we all function with certain rules and certain codes to keep our community safe,” said the director. “I thought financers would ask, ‘why are you making a story like this? This doesn’t exist in Luxembourg.’”

But while making the film, Val Maele, found many examples of communities protecting their own, such as when one man, in a town just over the border from Luxembourg, killed the village bully —and the rest of the village helped cover it up.

One element of Gutland that was distinctly Luxembourgian, explained the director, was the film’s brass band, which plays an important part in the film’s ironic final scene.

“There are a lot of brass bands in Luxembourg, in every village, and they like to play Hollywood theme songs,” said Van Maele. “When you walk around at night, you can hear songs from Lord of the Rings and Jaws in the air as they rehearse. I wanted to give my film a kind of kitsch Hollywood-sounding ending.”

That ending — in which the thriller gradually takes on a more surreal tone — was the subject of many questions and interpretations during the film’s press conference. Without revealing too much, here’s one key line from the director about the fate of his protagonist:

“It’s both a nightmare and a happy end at the same time.”