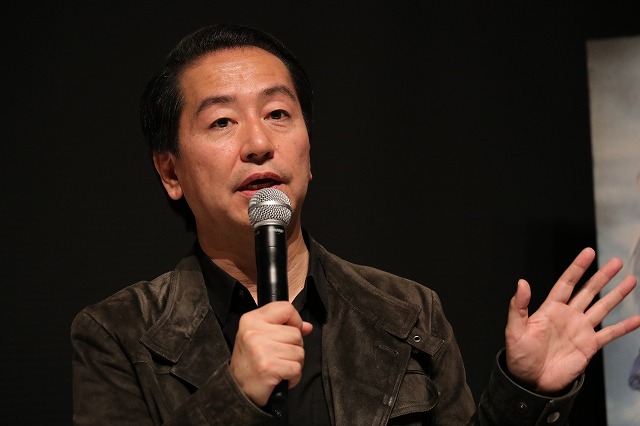 Following the world premiere of FULLMETAL ALCHEMIST, the TIFF 30 Opening Film, director Fumihiko Sori led a Master Class on October 30, shedding light on the unique filmmaking alchemy that went into creating the movie.

FULLMETAL ALCHEMIST is, of course, the long-awaited live-action adaptation of the best-selling manga of the same name by Hiromu Arakawa. The manga, which has also been adapted into anime multiple times, has millions of fans around the world, and they’ve been nervously awaiting Sori’s version of the beloved property.

“I tried to make a film that could be enjoyed both by fans of the original and those who don’t know [the manga series],” said the director when asked about the delicate balancing act involved, adding “I wanted to make it very close to the original, but to introduce some fresh ideas as well.”

Sori was joined on stage by film critic Yuichi Maeda, who admitted he was skeptical about the film when it was first announced, but was quite moved after seeing it, telling the director there were even scenes that made him cry. Still, Maeda asked, why was the cast Japanese, despite the European setting?

Sori responded that while the story’s physical location is European, “the heart is Japanese.”

“Japan and the West have quite different cultures,” he added, “I’m not saying one is better than the other, but I think FULLMETAL ALCHEMIST needed to be made in Japan to get the ‘soul’ right.”

Once considered un-filmable, FULLMETAL ALCHEMIST was finally made possible thanks to advances in visual effects technology. Sori — who was schooled in the US, worked in Hollywood and is one of Japan’s top VFX animators — said that rapid advances in computer effects are giving Japanese films a leg up in the international marketplace.

“The budget for one Hollywood set is the same as for a whole Japanese movie,” the director laughed, “but with computer effects, we can build sets virtually, which can make our films look better and in turn expand our audience.”

Sori continued, “I feel like now is a huge chance for Japanese cinema… I hope this film serves as a starting point.”

Particularly impressive, noted Maeda, was main character Alphonse, created entirely in CG, whose interactions with the flesh-and-blood cast looked entirely natural. “I wanted to make Alphonse so real that if you didn’t tell anyone ‘he’s full CG,’ they wouldn’t know,” said Sori, adding with pride, “I think he’ll even made a few people in Hollywood nervous.”

When Maeda asked why Sori chose not to use the voice actor who played Alphonse in the anime version, the director replied with an interesting behind-the-scenes anecdote: the young actor serving as the motion capture double for the character, Atom Mizushi, was both “talented and extremely dedicated,” even coming to set on days he wasn’t scheduled to appear. “I thought, ‘his acting is so good, we can’t use anyone else,’” said the director.

Though FULLMETAL ALCHEMIST “probably has the most visual effects shots of any Japanese film ever made,” said Sori, human drama forms its core.

Maeda agreed: “Visual effects were necessary to create the world, but the drama is the thing that moves the heart.”

Before leaving the stage, Sori and Maeda sounded a positive note about the future of Japanese cinema. “The possibilities are increasing,” said the director. “This is a great chance for young people.
Added Maeda, “There are probably more manga and other Japanese properties that can now be adapted in Japan, and I feel like you’ve opened the door for them.”

FULLMETAL ALCHEMIST will open in Japan on December 1, and international audiences will get a look at Fumihiko Sori’s blend of visual effects and storytelling alchemy soon thereafter: the film is slated to open in over 190 countries and regions.