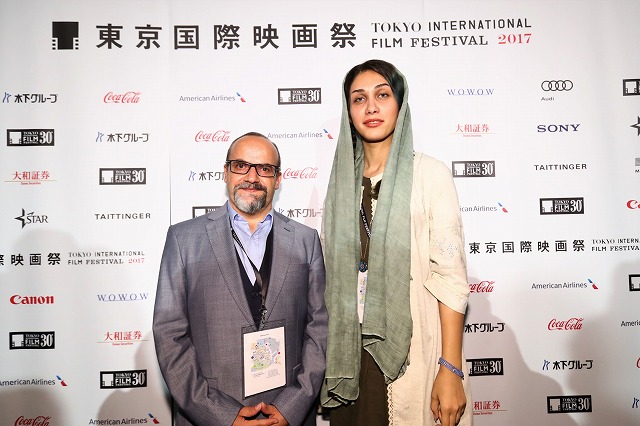 The Iranian film The Home operates on sly indirection. Constructed on a foundation of violently emotional dialogue, the movie uses its almost hysterical interactions to divert the viewer from its central premise. Immediately, the audience is plunged into a harried, confusing situation dictated by cultural particulars.

An elderly man has died, and his only child, a daughter named Sayeh (Mohadesh Heyrat) arrives at his home, wailing at the cosmic injustice of not having been able to say farewell before he died. We soon learn, through a flurry of overlapping conversations, that Sayeh has not lived with her father for six years. And in fact, she had only recently revived sketchy communications with him. The main reason for her distress, however, is that she has just learned that her father willed his body to a local university for research purposes. She is incensed that she, as the only heir, does not have any say in the matter, and argues vehemently with her cousin, Majid (Ramin Riazi), who mainly took care of her father for the last six years as he descended into dementia. She also spars with a representative of the university, whose job, apparently, depends on his securing the corpse according to the father’s stated wishes.

To viewers without any insight into this particular culture, the dramatic whirlwind produced by the death of a loved one makes for an intensely perplexing cinematic setup. Sayeh takes on not only her infinitely patient and even-tempered cousin and a bullheaded bureaucrat, but also a demented aunt, a local heartsick policeman, and a determined and surprisingly cosmopolitan cleric, all of whom believe that the deceased’s wishes trump hers — which become increasingly incoherent as the movie progresses.

Eventually, it becomes clear that Sayeh’s motives are not what they seem, a point that was central to the press conference that followed the screening. One journalist asked if it was a custom for a daughter to demand that her dead parent be secluded in a private room so she could remain privately with the body.

“No, it isn’t a custom,” explained the director, Asghar Yousefinejad. “Since Sayeh is an only child, she can make such a demand, but she’s only doing so in order to keep the body away from the university representative.”

One of the reasons the audience may have felt adrift during this very visceral film is that, despite the Iranian production credit, the movie is really Turkish, in that the actors are Turkish, the language is Turkish, and the setting is a city in Iran where most of the inhabitants are of Azerbaijan background. As Heyrat told the assembled journalists, “I’m a Turkish stage actress, and this was my first leading role in a feature film. Originally, we did all the dialogue in Turkish, which was easy, but then we also had to do it in Persian, which was difficult.”

Yousefinejad later added, “I’m actually from Azerbaijan, and I grew up speaking Turkish. That’s why I cast the whole film with actors who could speak Turkish. In fact, it’s the first Iranian production that’s ever been made with a completely Turkish-speaking cast.”

And in the end, the director’s mission was exactly that: To convey how language and culture can be manipulated for one’s own purposes. “The movie is basically about truth versus reality,” Yousefinejad said. “Sayeh weeps for her father, but you eventually learn that the reasons for her tears are not what they initially seem. The emotions are real, but the viewer’s interpretation of those feelings turns out to be deceptive in the end.”