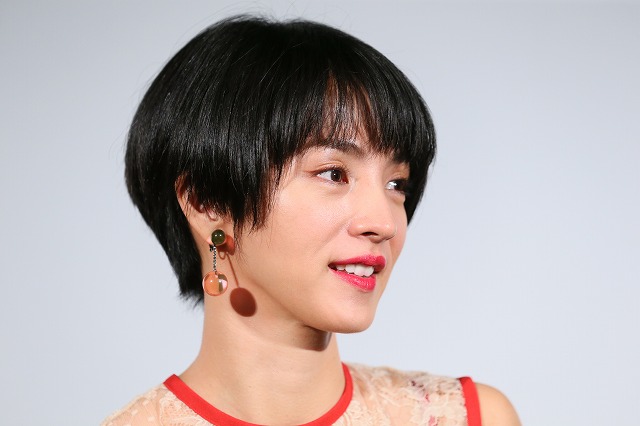 Hikari Mitsushima, a newly minted Muse of Japanese Cinema, was greeted by a standing room-only crowd when she arrived for the Q&A session after the October 27 Japan Now screening of her recent release Life and Death on the Shore. She was clearly thrilled to see that everyone had stayed on after the film, which is nearly 3 hours long.

The Okinawa-born actress (and sister of popular actor Shinnosuke) shot to international fame with her brave turn in Sion Sono’s 2009 Love Exposure. She has since had memorable roles in Yuya Ishii’s Sawako Decides, Masato Harada’s Kakekomi and many other films. Earlier this year, she earned fresh accolades for her dark, disturbing performance in Gukoroku: Traces of Sin, which is also screening in the Japan Now section.

Greeting Mitsushima and her director, Michio Koshikawa, Japan Now Programming Advisor Kohei Ando first lauded the actress for the speech she gave during TIFF’s Opening Ceremony just a few days earlier, and then repeated his own remarks about her exceptionally sensitive portrayals of a range of female types.

Koshikawa, making his second appearance at TIFF with his second film (the first was areno – the wilderness in 2015) discussed the genesis of the project, which is based on the autobiographical writings of Miho and Toshio Shimao, a couple who met on Amami Island during World War II and later married.

“I read the original work a long time ago, when my mentor, Shinichiro Sawai, said he was going to make the film,” he recalled. “But I kept thinking about making it myself, and when I met Ms. Mitsushima at various events, I told her several times about the story. I was convinced she was the perfect actress for the role.”

Mitsushima laughed, “I don’t really remember talking about this project with Mr. Koshikawa, but after I’d been acting for a while, in my late 20s, I felt I’d been expressing only a portion of myself. I was looking for something in which I could really bare my soul. My roots are in Amami [Island, the film’s setting], so I had a hunch that this role was meant for me. I feel like I’m not fully myself in Tokyo, since I speak with a Tokyo accent all the time, and this allowed me to be me.”

Ando concurred: “You’re so natural in this film, that it’s almost like you’re not acting, you’re not working, but living a real life.”

Set on the remote island of Kakeromajima, in the Amami Island chain of southwestern Japan at the tail end of WWII, Life and Death on the Shore opens with echoes of the great antiwar film Twenty-Four Eyes (1952, Keisuke Kinoshita), with a beloved schoolteacher leading her students in song.

Toé (Mitsushima) is a daughter of the island and she’s clearly devoted to the children. Although Manila has fallen and Tokyo is under siege from Allied bombers, life on the island is essentially unaffected. However, the Imperial Japanese Navy has recently begun stepping up its activities on the other side of the isle, delivering and concealing shinyo suicide boats.

The head of the special attack unit is Captain Saku (Kento Nagayama of Ernesto, Sanada 10 Braves) a courteous young man who would much rather be reading books and learning island songs than sending his troops to certain death on this secret mission. When Saku and Toé meet, they are immediately drawn to each other, but against such a backdrop, they must be careful. When Toé receives a letter from him, asking her to meet on a secluded beach one night, their romance begins, under a blanket of stars. But Saku knows that their time together cannot last…

Koshikawa lauded Mitsushima’s submersion in the role: “It’s like she merged with the island, like she was more than just a human being. Toé became more than the role. It was almost like she became Hikari Mitsushima, her relatives, her ancestors — she became one with the environment.”

His star, looking pleased, explained, “When we were shooting, it was like I was becoming the character I was playing. I was a bit worried because we were completed surrounded by nature, by the ground and the sky, and I felt something strange, like something different was happening. My dialog felt close to how I would naturally express myself, and I was filled with real emotion.”

Koshikawa is a master at building tension with long scenes without dialog, but he is amply aided by the film’s score, by composer Taku Unami, which seems a character in its own right. It is filled with folksongs in the local Amami language and the intense sounds of nature, especially the wind and the waves.

Said Koshikawa, “The natural sounds play an important role. For example, we had to do 7 takes of the scene where Toé and Saku say goodbye, because we had to make sure all the conditions were right, not just the acting. Maybe it’s not unique to Amami, but the island has such a strong character, even outsiders can feel it.”

He went on to describe how the story also exerted its own effect on the production: “When we were shooting, I wasn’t sure how the story was going to end. I didn’t want to over-control it, so I would sometimes leave the room and not know what was going to happen when I came back. Later, we would arrive somewhere and feel like, ‘Oh, so this is where we are.’”

For his star, this type of approach was just right for the film. “Sometimes when I feel I’m not properly in character, I can’t act, I get completely stuck, and my instincts don’t serve me. Every director has his or her own way of directing, but I need to be in control of myself, not just be controlled by the director.”

Mitsushima began her career as a singer with a popular Okinawan pop group, and she explained, “Because of my background as part of musical group, I’m good at memorizing dance steps and synchronizing with others. But as an actress, I’m interested in getting lost. For other people, losing their way may be uncomfortable, but for me, it’s really appealing.” 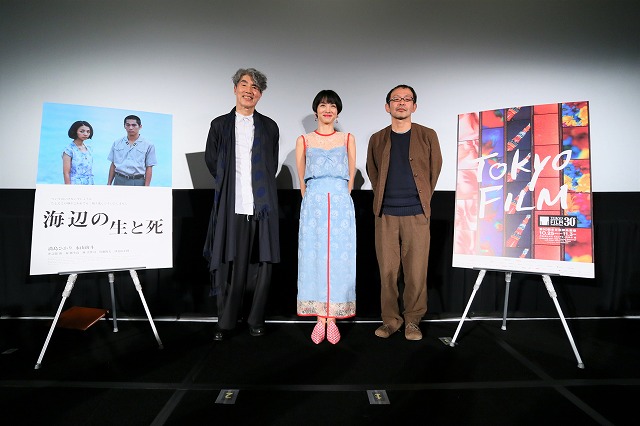