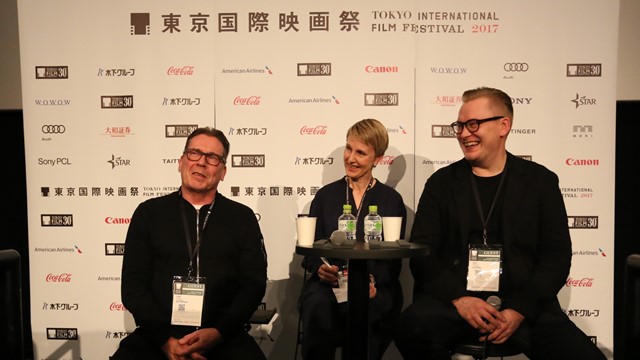 A young woman carrying a cat cage approaches a makeshift garage near the side of the road, its exterior littered with similar, long-abandoned cages. The gruff, imposing figure who emerges asks what she wants. The young woman has heard that the man performs animal euthanasia cheaper than the vet, but is worried her cat will suffer during the process. The man takes a long look at the cat, then proceeds to admonish the woman, telling her that by keeping it indoors and not looking after its health, she is the one who has caused it to suffer.

This is the opening scene of Euthanizer, the Finnish thriller playing in TIFF’s Competition section. The film centers around Veijo, an angry, unconventional euthanizer obsessed with meting out justice on behalf of animals—a brand of justice that intensifies in its violence as the film progresses.

Veijo, played with steely cool by character actor Matti Onnismaa, is a solitary figure in a small town. Despised by the local veterinarian for his distinctly unconventional methods, he’s nonetheless considered an important part of the community by pet owners who can’t afford proper euthanasia — if they can stomach the man’s lectures about how they’ve mistreated their animals.

The euthanizer’s solitary life becomes complicated when he takes on new companions — first a dog he can’t bear to kill, brought in by a white supremacist, then a girlfriend who’s oddly attracted to Veijo’s profession and death in general. The former loner quickly finds his new personal entanglements bringing him into conflict both with his dying father and a group of angry neo-Nazis (is there any other kind?).

One of the most compelling attributes of Euthanizer is without doubt the performance by Onnismaa who, with director Teemu Nikki, was on hand at a press conference following a screening of the film on October 26. They revealed that, while Onnismaa has appeared in dozens of films, this was the actor’s first leading role.

“I’ve been acting for a long time,” said Onnismaa, “and I thought I’d always like to play a main role some time. When I got the offer, it was like a dream come true.”

Director Nikki added, “I think he has a similar charisma to Charles Bronson or Clint Eastwood… it’s fair to say I wrote the role specifically for him.”

A simple role it is not: with his gruff nature and sometimes twisted sense of morality, it’s hard to call Veijo a hero; on the other hand, the character clearly cares deeply for animals and wants to see the world become a more just place — even if his methods can be hard to stomach.

Though Euthanizer is a dark, at times unsettling, film that may not be easy for animal lovers to watch, Nikki made it a rule not to show any animal deaths on screen (and, it should be noted, no animals were harmed during the making of the film). The director noted that instead of showing the animals dying, “I thought it would give more insight into the [human] characters to show their facial expressions as they killed the animals.”

Asked if those scenes were particularly difficult to watch, Onnismaa responded, “since we didn’t do anything to the animals in real life, it wasn’t so hard,” adding it was much harder to watch himself.

“I’ve never seen myself on-screen so much, so that was quite shocking. I only saw my own mistakes!” said the newly-minted leading man with a laugh.

Onnismaa may have seen mistakes, but the rest of the audience saw what is shaping up to be one of the most intriguing performances of the festival. There’s sure to be many more leading roles to come for this character actor.