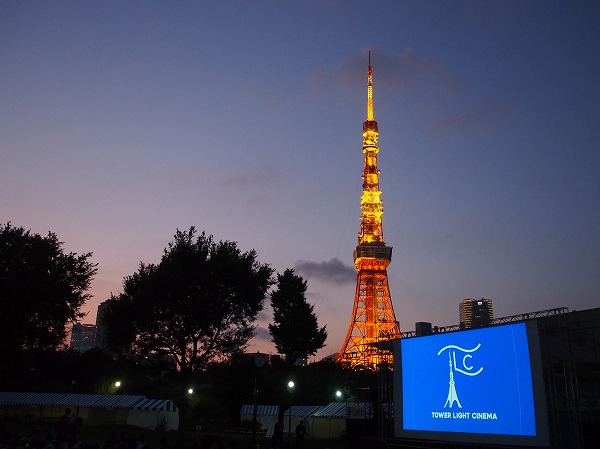 TOKYO INTERNATIONAL FILM FESTIVAL Tower Light Cinema 〜Let’s get together and talk about cinema〜 planned and produced by Kino Iglu was held at Shiba Park, Minato city on 10/7 (Sat)& 8 (Sun).

This year we actualized the collaboration with Minato Citizen’s Festival and installed a giant outdoor screen within Shiba Park to screen a free open-air cinema with a beautiful night view of Tokyo Tower as the background. It became a successful film screening event with early feeling of autumn atmosphere.

The following films were screened at the event.

The point of selection for the film this year was “Love of film”.
Both days turned out to be a wonderful time full of love for the film.
Regardless of age or sex, film lovers of a wide range of generations gathered at the Shiba Park, Audiences and staff hung “cinema plate” from their necks with 3 titles of their favorite films and socialized at the venue. 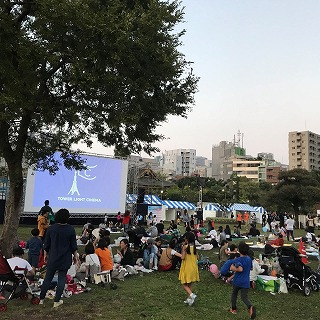 The conversations bloomed even among the strangers due to the “cinema plate” These “cinema plates” were collected following the screenings. Data processing were listed at the later date. The data will be shared with the world as part of the press release!

The free open-air cinema screening is scheduled during the Tokyo International Film Festival which will be held from 10/25 (Wed). We hope you will enjoy the unique exhilarating feeling of the outdoor screening!