It is with great pleasure that we announce TIFF will be hosting several free talk events aimed at young film fans and next-generation filmmakers, as part of TIFF’s vision to engage with youth. Speakers will be internationally renowned figures, including SAMURAI Award recipient Ryuichi Sakamoto and acclaimed filmmakers Brillante Ma Mendoza, Naomi Kawase, and Fumihiko Sori.

TIFF Master Classes
Venue: Tower Hall, Roppongi Academy Hills 49
Admission: Free of charge
Registration Information: Registration begins from 9/28 (Thu) 18:00 at Tokyo International Film Festival official website (Registration will close when it reaches the capacity)
※We will install the registration form for participation of TIFF Master Classes from 9/28(Thu)18:00～ on this web page. Please wait for a while until registration begins.
*Please do not forget to activate the setting in your e-mail account to get notified for receiving our e-mail: no-reply@xross.jp
※You can purchase １tickets per application.
※One registration per one e-mail address. 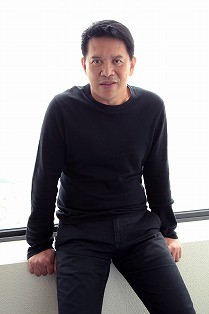 Date: October 26 (Thu), 2017
Session starts at 7:00 p.m. (Doors open at 6:00 p.m.)
Brillante Ma Mendoza, the director who is credited with leading Filipino cinema into its ripe Third Golden Age, talks about his method for working with actors.

Brillante Ma Mendoza
Born in the Philippines in 1960. In 2005, he founded Center Stage Productions (CSP), an independent film production company. He made his directorial debut with The Masseur (Masahista), which won the Golden Leopard at Locarno. He has competed and won awards in major film festivals (Cannes, Venice, Berlin and others), including the Best Actress Award for his latest, Ma’ Rosa, at the 69th Cannes Film Festival.
Naomi Kawase Special Talk Event
⇒Special exhibition of The Wolves of the East

Date: October 28 (Sat), 2017
Session starts at 2:00 p.m. (Doors open at 1:00 p.m.)
A master class with director Naomi Kawase, who is active in mentoring the next generation of filmmakers. The session will include a special screening of The Wolves of the East, for which Kawase served as executive producer, and a talk session with star Tatsuya Fuji.

Naomi Kawase
After graduating from what is now Visual Arts Osaka Professional Total Creative School (formally Osaka School of Photography), Kawase gained attention with her award-winning documentaries Embracing and Katatsumori. With her theatrical debut film Suzaku (97), she became the youngest winner of the Camera d’Or at Cannes. In 2007, she won the Grand Prix with The Mourning Forest. In 2017, her ninth feature film, Radiance, won the Prize of the Ecumenical Jury at Cannes.
Kawase started filming her next film in early September in her hometown, Nara. A Japan-France co-production, it stars Juliette Binoche and Masatoshi Nagase. From November 23rd, 2018, a Kawase Retrospective Exhibition will be held at the Centre Pompidou in Paris for six weeks. Kawase continues to engage in a variety of creative activities regardless of genre, including directing commercials and writing essays. She also organizes the Nara International Film Festival, which focuses on nurturing the next generation of filmmakers.

* Radiance will be screened in the Japan Now Section. 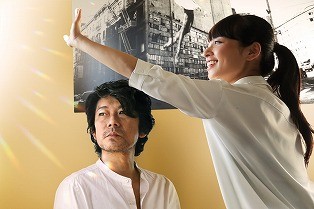 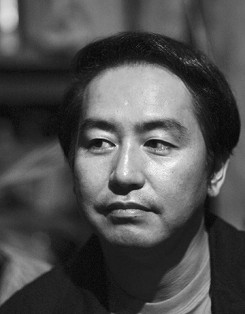 Fumihiko Sori
While at USC in 1997, Sori joined the VFX crew for James Cameron’s Titanic. He then returned to Japan to make his first feature, Ping Pong (02), which was nominated for Best Picture and Director at the 26th Japan Academy Prizes and won him Best New Director at the 24th Yokohama Film Festival. Sori produced the 3DCG animated Appleseed in 2004. Other live-action films include Ichi and Tomorrow’s Joe.

* FULLMETAL ALCHEMIST will be screened as the Opening Film. 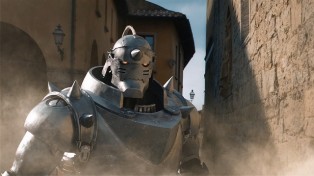 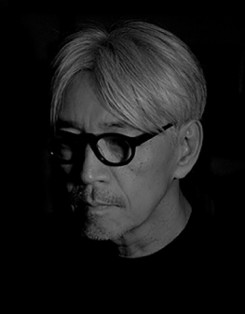 Date: November 1 (Wed), 2017
Session starts at 3:00 p.m. (Doors open at 2:00 p.m.)
Moderator: Jun’ichi Konuma (Music and literature critic)
Winner of many international awards, including the Academy Award for Best Original Score, and always on the cutting edge, musician Ryuichi Sakamoto speaks about his career and approach to scoring for the screen.

Ryuichi Sakamoto (composer, musician)
Sakamoto was born in Tokyo in 1952. He released his debut solo album in 1978, “Thousand Knives,” and with two other musicians, formed the Yellow Magic Orchestra (YMO) that same year. Although YMO would ultimately disband, Sakamoto went on to work in a wide variety of genres and projects. Sakamoto received a BAFTA award for his Merry Christmas, Mr. Lawrence soundtrack, and multiple awards, including an Academy Award for Best Original Score and a Grammy Award, for his work on The Last Emperor. His constant pursuit of innovative sound has won him accolades around the world. As a peace and environmental advocate he founded the forest conservation organization More Trees and has been an active voice in the anti-nuclear power movement through his Stop Rokkasho and No Nukes activities, and has through music supported the people and areas afflicted by the Tohoku Earthquake. Sakamoto has also been active in the art world, serving as Artistic Director for the Yamaguchi Center for Arts and Media (YCAM) 10th anniversary celebration in 2013, and Guest Director for the Sapporo International Art Festival 2014. In July 2014, Sakamoto announced that he had oropharyngeal cancer, which required a full year of treatment and recovery. Sakamoto made his comeback in 2015, scoring Yoji Yamada’s Nagasaki: Memories of My Son and Alejandro González Iñárritu’s The Revenant. In 2016 he scored Sang-il Lee’s Rage. In March 2017, he released “async,” his first solo album in 8 years.

* Ryuichi Sakamoto: CODA will be screened in the 30th TIFF’s Special Screenings Section. 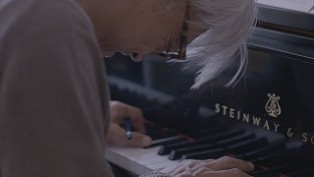