The Tokyo International Film Festival (TIFF) is pleased to announce that Lumiere! will be screened as a part of our Special Program for the 30th anniversary edition. A fascinating montage of 108 films selected from the oeuvre 1422 of the Lumière Brothers – the fathers of cinema – will return to the screen after 122 years, now in 4K digital. Thierry Frémaux, the director of both the Cannes Film Festival and the Institut Lumière in Lyon, will appear in person at a stage appearance session before the screening of Lumiere! during the festival. 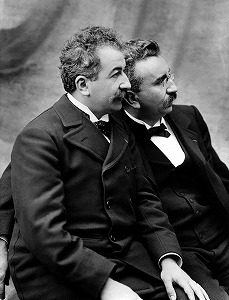 In 1895, Louis and Auguste Lumière invented the Cinematograph and shot some of the very first films in the history of moving pictures: Workers Leaving the Lumièrre Factory, Tables Turned on the Gardener… With their discovery of mise-en-scène, tracking shots and even special effects and remakes, they also invented the art of cinema itself! From among more than 1400 of their films, Thierry Frémaux, director of the Cannes Film Festival and the Institut Lumière, has selected and restored 108 masterpieces and previously unknown golden discoveries in 4K to celebrate the legacy of the Lumières. 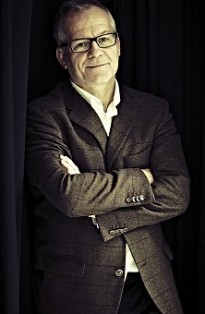 Director/Screenplay/Editor/Producer/Narrator
Frémaux is the director of both the Cannes Film Festival and the Institut Lumière in Lyon. For many years, he has been involved in the preservation of the Lumière collection and the restoration of the first Cinematograph movies. He compiled Lumiere! with the aim of celebrating the Lumière brothers, not as inventors but as the first directors in the history of cinema.