Special Bento Meal Box
One of the attractions of this event is a meal box containing an exceptional selection of delicacies. This meal box tradition has been popular with Kabuki aficionados since the Edo period. 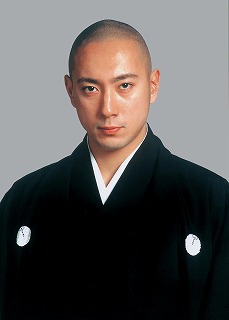 Profile
Eldest son of Danjūrō XII, Ebizo made his debut at the Kabukiza in 1983 playing Harumiya in The Tale of Genji. In 1985, he again performed at the Kabukiza, playing the role of Kikanbo in The Medicine Peddler, and was bestowed the name Ichikawa Shinnosuke VII. In 2004 he took the name Ichikawa Ebizo XI. Ebizo has been passionate about bringing the essence and wonder of Japan’s traditional performing arts to contemporary and younger audiences. He has brought several new productions to the stage, including self-produced performances such as Koten e no Izanai and Abkai. His work also includes overseas performances. He has taken productions twice to Singapore. He also took Grand Japan Theater productions to the UAE in February 2016, and New York’s Carnegie Hall in March 2016. His work extends to film as well. His performance in Ask This of Rikyu in 2014 earned him a Japan Academy Prize nomination for Outstanding Performance by an Actor in a Leading Role.

Comment
It is an honor for me to be able to perform at the Special Night Event at Kabukiza Theatre on the commemorative 30th anniversary of the Tokyo International Film Festival. I will be performing Otokodate Hana no Yoshiwara, a dance piece that I created three years ago. The dance originates from the Sewa-kyogen piece Gosho no Gorozo by Kyogen writer Kawatake Mokuami. It speaks of the chivalry, smarts and sensuality of a kyokaku gallant on his way to see his lover. I hope you enjoy the gorgeous, stylized beauty of Kabuki. The Special Night Event at Kabukiza Theatre attracts many foreign and Japanese guests, which is an exciting opportunity for me. I’m pleased to be able to bring the wonders of Japan’s traditional performing arts to the international audience, including those who will be enjoying Kabuki live for the first time. 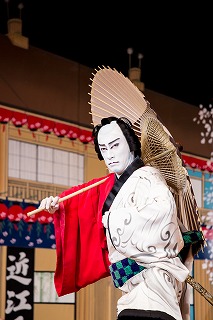 Otokodate Hana no Yoshiwara
Goshono Gorozo, the most gallant and chivalrous of men in the capital of Edo, is off to the bustling Nakanocho corner of the Yoshiwara pleasure district. He has received a love letter from his lover, the courtesan Keisei. Gorozo tells us the story of how they met and their many rendezvous in a dance. On his way, he is ambushed by men who hold a grudge against him, but Gorozo effortlessly fends them off and continues on his way to his beloved. 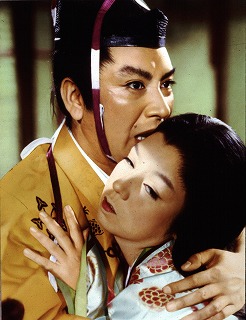 DIRECTOR: Teinosuke Kinugasa
Starring: Kazuo Hasegawa, Machiko Kyo, Isao Yamagata
(1953/89min./Japan)
Gate of Hell stars Kazuo Hasegawa, Machiko Kyo and Isao Yamagata in the story of a samurai who falls madly in love with a married woman. The woman is frightened by his passion and tortured by guilt, and decides she must sacrifice herself to save her husband’s life and her honor. The film won the Grand Prix at Cannes in 1954, and Academy Awards for Best Foreign Language Film and for Costume Design in 1955. Based on the novel by Kan Kikuchi.