We are extremely sad to announce that Haruo Nakajima (original Godzilla suit actor) has passed away.
He was planning to attend the 30th Tokyo International Film Festival Special Program, GODZILLA CINEMA CONCERTS, as a guest speaker.

Born in 1929, Nakajima became the first Godzilla suit actor in 1954, wearing a full-body suit devised during a time when stop-motion films were the mainstream. As a pioneer who developed a new technique in filmmaking, he is respected by filmmakers around the world and loved by the fans. 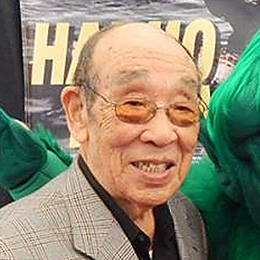 We would like to express our sincere condolences to his family and pray that his soul may rest in peace.