Godzilla has made the highest number of appearances at the festival – and this year, will appear again at TIFF’s first cinema concert, with special guests and a screening with live orchestra.

We will screen the original Godzilla film (1954), directed by Ishirō Honda, accompanied by the Tokyo Philharmonic Orchestra, performing the iconic soundtrack written by Akira Ifukube. Conductor Kaoru Wada, a pupil of Ifukube’s, will direct, with the choir group Chor June.

Prior to the screening and live performance, there will be a talk show Godzilla: Present, Past, Future, bringing together for the first time three generations of Godzilla series creators, namely Shogo Tomiyama (Heisei series producer), and Shinji Higuchi (Shin Godzilla director) to talk about what attracts new generations of fans to Godzilla.
⇒ 2017.tiff-jp.net/en/godzilla_concert/ 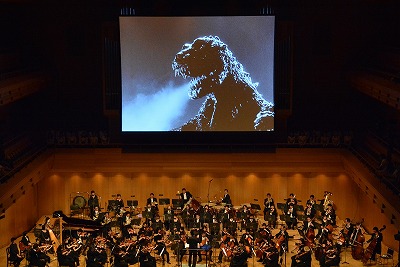