The 30th Tokyo International Film Festival (TIFF) is pleased to announce the CROSSCUT ASIA section will feature next generation of Southeast Asian Cinema in collaboration with The Japan Foundation Asia Center.

These are in addition to the previously announced sections highlighting the Muses of Japanese Cinema and the work of animated film director Keiichi HARA.

The 30th TIFF will take place October 25 – November 3, 2017 at Roppongi Hills and other venues in Tokyo.

The Japan Foundation Asia Center’s CROSSCUT ASIA series showcases Asian films with a focus on specific countries, directors or themes. Following the first three editions, which featured Thailand, the Philippines and Indonesia, the fourth edition will encompass a larger area of Southeast Asia, as this year marks the 50th anniversary of the formation of ASEAN (Association of Southeast Asian Nations).

The section, called CROSSCUT ASIA #04: What’s Next from Southeast Asia, will feature work from young filmmakers in Southeast Asia recommended by maestros in the same region, such as Brillante Ma Mendoza (the Philippines), who has won awards at the Berlin, Cannes and Venice film festivals and whose work was featured in CROSSCUT ASIA in 2015; Tran Anh Hung (Vietnam), who served as a member of the 28th TIFF jury and is known as Golden Lions winner at Venice with Cyclo; Apichatpong Weerasethakul (Thailand), Palme d’Or winner at Cannes with Uncle Boonmee Who Can Recall His Past Lives, and as a visual artist, a participant in many exhibitions; and Garin Nugroho (Indonesia), who has shown 12 films at TIFF and served on the jury of the 19th TIFF. 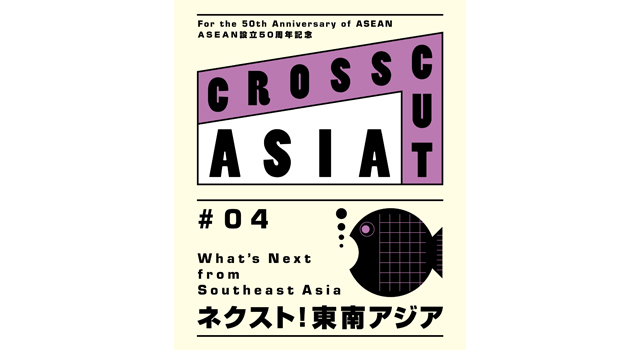 The Japan Foundation Asia Center jfac.jp
The Japan Foundation is Japan’s principal independent administrative institution dedicated to carrying out cultural exchange initiatives throughout the world. The Asia Center, established in April 2014, is a division within the Foundation that conducts and supports collaborative initiatives with its Asian-primarily ASEAN-counterparts. Through interacting and working together in Japanese-language education, arts and culture, sports, and grassroots and intellectual exchange, the Asia Center pursues to develop the sense of kinship and coexistence as neighboring inhabitants of Asia.